You are here: Home » Blog » Dr Brian May master of Brock n Roll 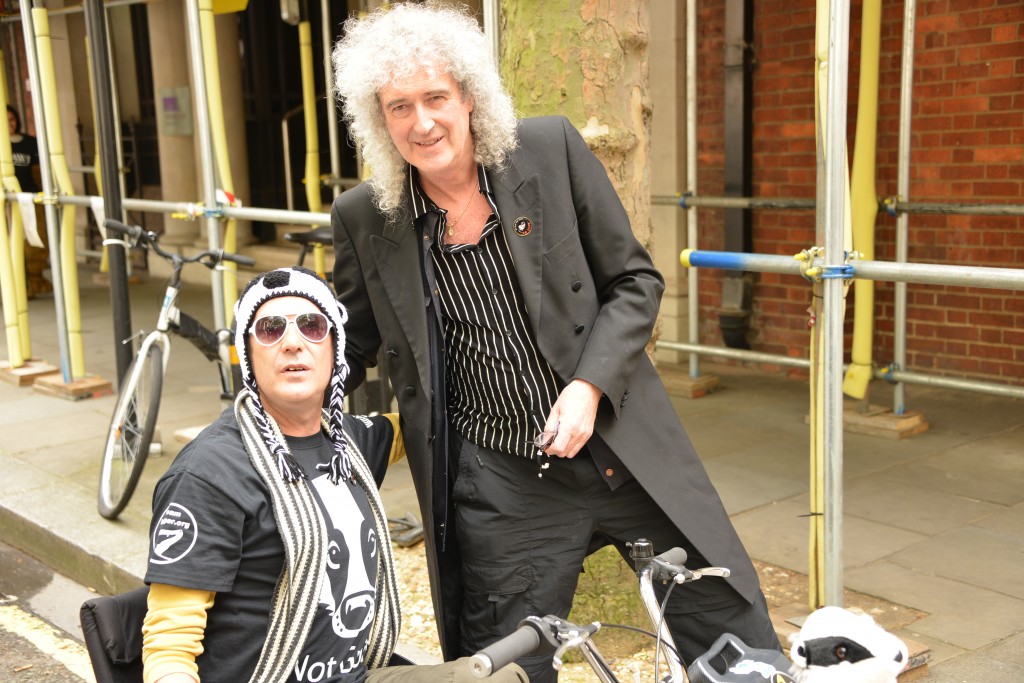 The 2013 badger culls in Gloucestershire and Somerset focussed attention on his work, but Brian is not a one issue rock star. Brian May established SaveMe in partnership with Anne Brummer and he continues to spend a considerable amount of his personal wealth on the organisation’s core purpose of Giving Animals a Voice.

The Observer Award citation, read in his absence (he is about to truck around the States as part of the Queen and Adam Lambert show) by Lucy Siegle

recognised as Campaigner of the Year for his pioneering work in the service of animal rights. Nominations in this category were made by Guardian and Observer readers to recognise a public-facing campaigner who has made a significant social difference and put ethical issues on the global agenda.

I have seen Brian spending his time and energies at public demonstrations, attending Select Committees and briefing MPs in Palace of Westminster Committee rooms.  He is unwaveringly passionate, well informed, polite and heartfelt in his views about animal welfare and the imbalance of humane actions and the profit motive.

Brian May set up the Team Badger alliance, a groups of animal welfare and animal rights organisations that have worked together to ensure that their views and resources are well focussed and not lost in the mass of news stories that often push animals and nature off the news agenda.

I expect that tomorrow’s teleconference will spend a moment on Brian May’s public recognition before getting back to the messy business of the 2014 badger cull pilots. Brian’s reply to the many Team Badger messages of congratulations says it all:

Wow – thanks so much for the kind words. Thanks also for getting the word out there – Hopefully this will give us more visibility and more power to bring animal issues to the surface in the run up to the election. Onwards !!!

Posted on June 12th 2014 under Badgers and Bovine TB, Leader for Nature, Leading For Nature, News & Press. You can follow any responses to this entry through the RSS 2.0 feed. You can leave a response, or trackback from your own site.