You are here: Home » Blog » England against the badger cull

England against the badger cull

England against the badger cull 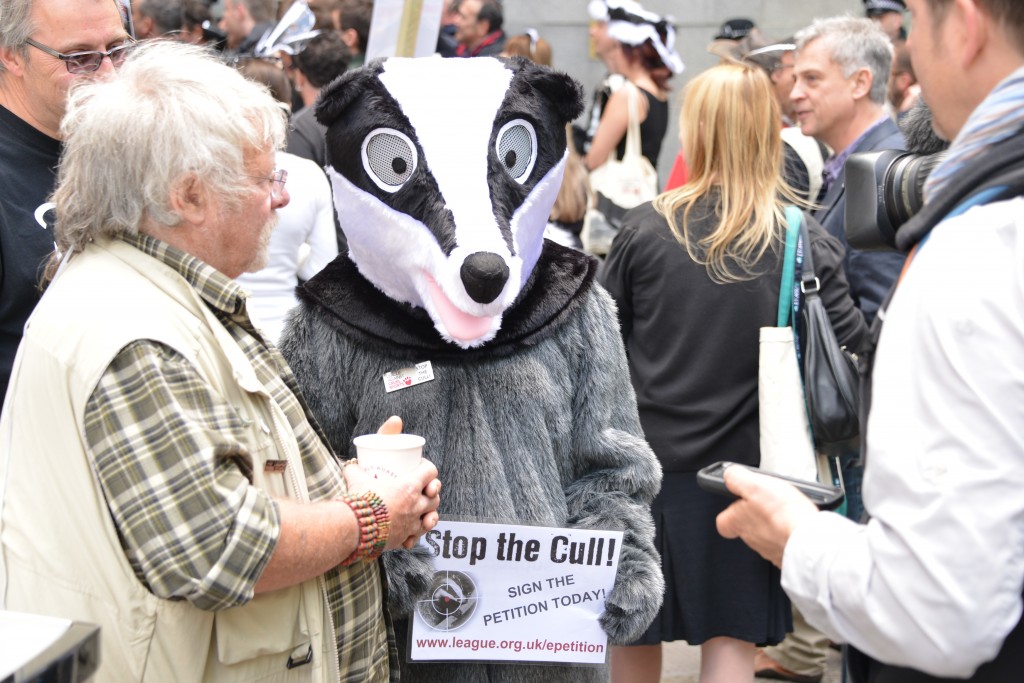 The last time that I joined a public protest march was in 1969 when I was a newly hatched degree student of Zoology and Botany. That was until noon Saturday June 1st when I walked with thousands in the London Against The Cull  from Millbank to The Sanctuary.  With people attending from all over the country, is was more like England against the badger cull.  Indeed, even the NFU’s imbalanced opinion poll has confirmed their view. 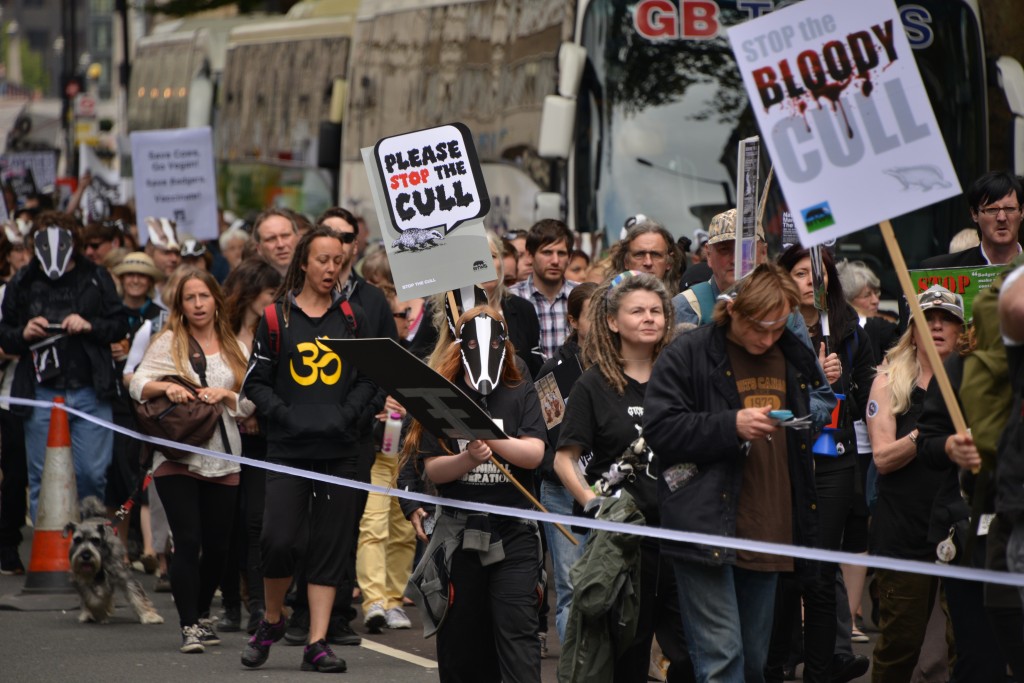 The objects of my two protest marches were very different, but the reason that I marched was the same: I object profoundly to government policies that ignore the most informed experts in the subject and snub the will of the majority of the people. 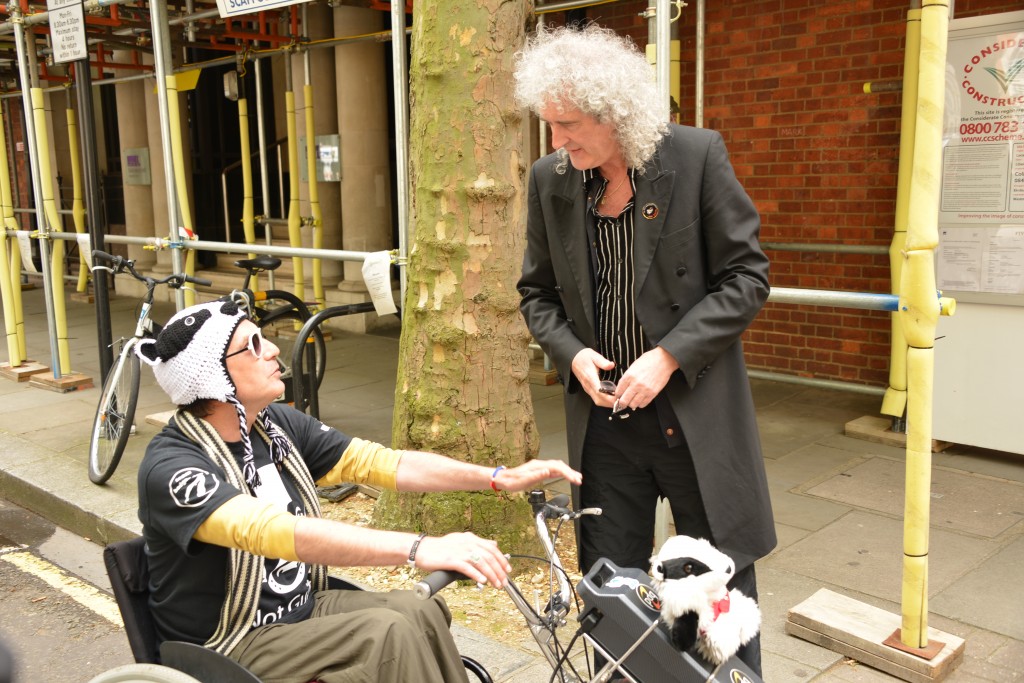 An editorial in The Independent newspaper described the badger culls, now licensed by Natural England, in two pilot areas in West Gloucestershire and  West Somerset, as a ‘triumph of politics over science’.  I am a scientist, I have done my time in the lab and in the field.  Like many other scientists, many far more expert, I object to the dissembling public servants and the blatant cherry-picking by ministers of ‘selected’ results from peer-reviewed publications to support this flawed policy.

The London march, unlike my 1969 Swansea experience, was an example of hugely professional policing.  The atmosphere was family friendly, deeply passionate and a clear public statement against badger culling as a sensible and acceptable policy. 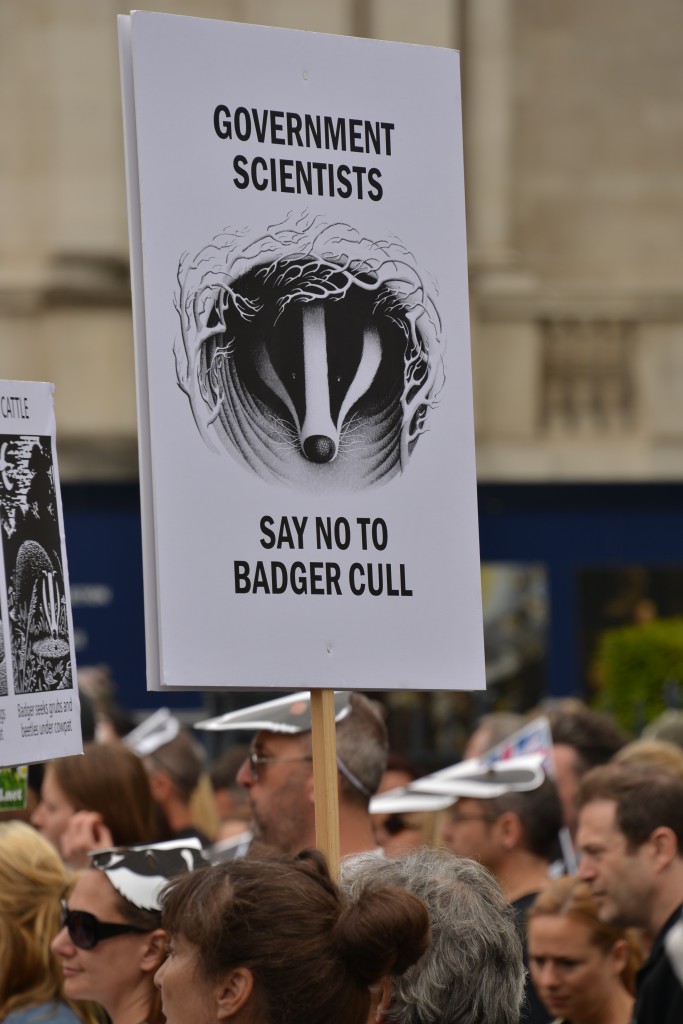 Now it will be very tempting (and no doubt some of the less thoughtful observers will fall to the temptation) to dismiss the thousands of people in masks and costumes walking in London as being uninformed about bovine TB, unaffected by its impact and unimportant to the future of farming.  They would be wrong to fall into this trap; the marchers are constituents and consumers.  Their votes, in the ballot box and at the supermarket till, dictate future polities and thereby the vibrancy of British agriculture. 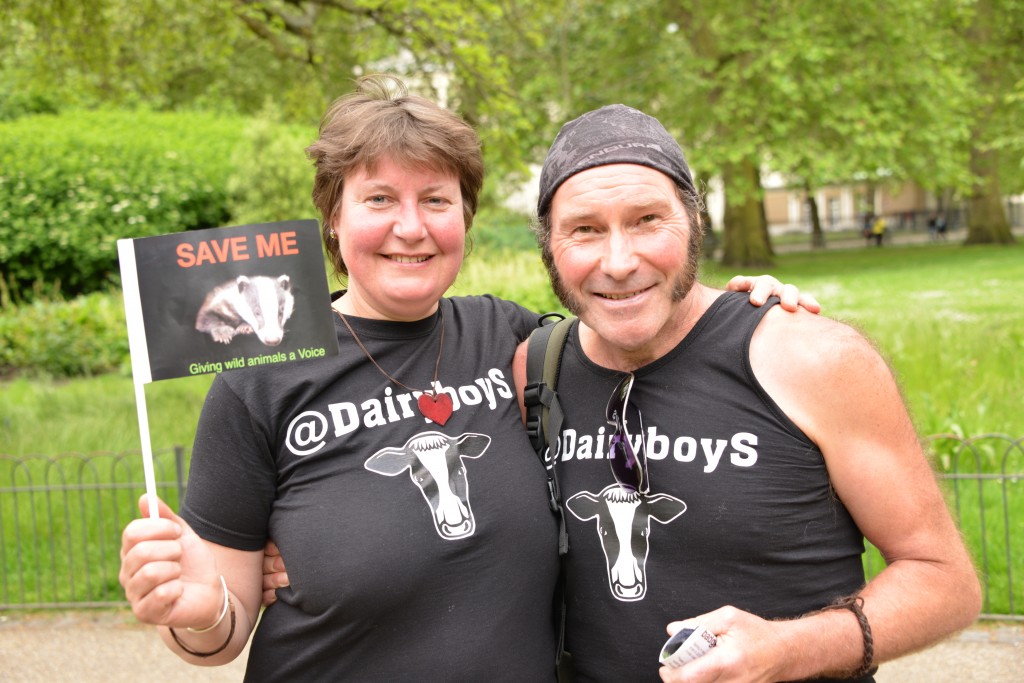 A badger cull would not solve the problem of bTB but could create three divides:

In support of a wide spread badger cull, government ministers refer to its potential 12 to 16% benefit; that is the rate at which bovine TB would increase as a disease of cattle would occur more slowly.  Even if this mystical benefit were to be achieved, it would leave the great mass of the bTB untouched; an 84% hole in their thinking.  As the current Defra policy is clearly failing to tackle the disease and a badger cull isn’t going to do the whole trick either by ministers’ own admission – something is clearly missing from the recipe. 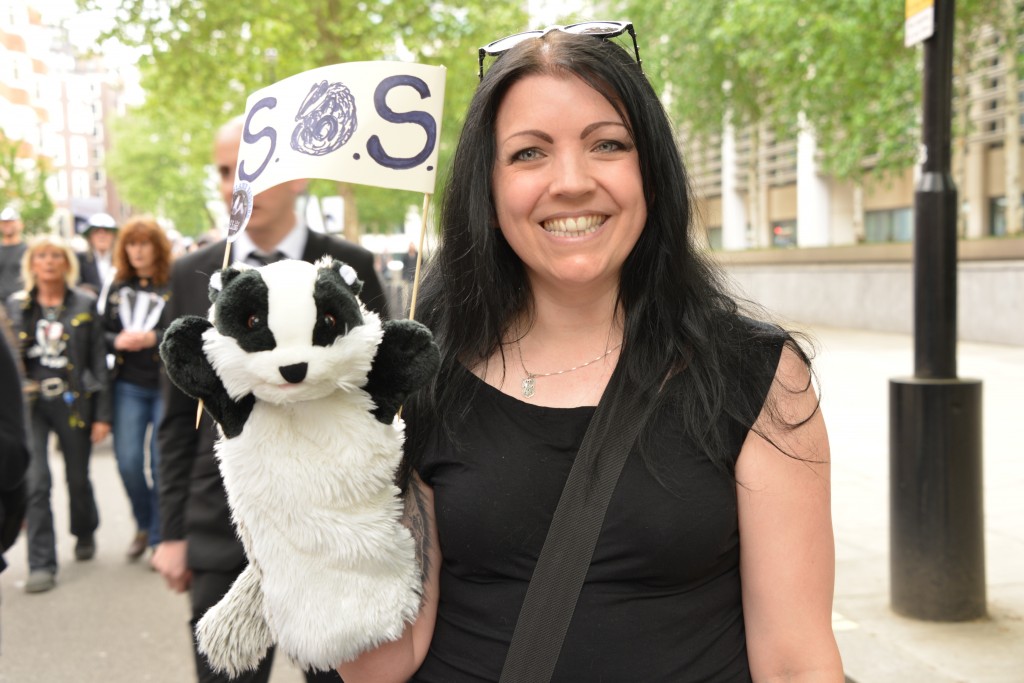 What  is needed to sort out this bovine TB mess?

The answer must include some of the tough remedies that the farming industry will find unpleasant.  These must form the centerpiece of the new bTB strategy ‘due for publication soon’. (quote).

The thousands who marched in London clearly ‘Value Nature’.  That value does not appear on the nation’s balance sheet; but it is a real value and it is high.  The cash value of Nature, through the ecosystem services that it provides, is now  better understood. That worth must not be ignored, yet the removal of 70% of a mammal high in the food chain would have a significant but unknown ecological impact. 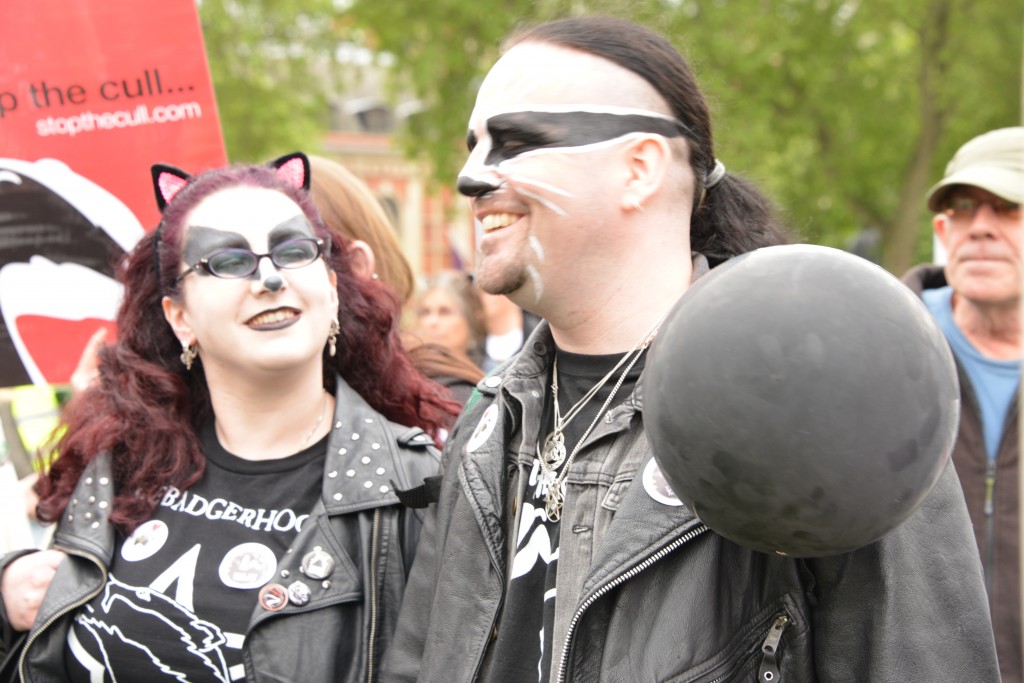 Brock has also been a valued part of culture and folklore for hundreds of years.  The badger’s recent recovery, following legal protection of badgers and their setts, has allowed strong populations to become established in many parts of England, especially the South West.

In parts of England the badger almost became extinct. The Cornwall Trust for Nature Conservation was one of the first organisations to push for legal protection of the badger page 594.

If a badger cull were to be rolled out in 10 new zones each year for four years, as envisioned by Owen Paterson and the NFU, there is a real risk of local badger extinction.  Three future cull zones are proposed for Cornwall.  I am not a betting man but if culling were to proceed the odds against the Cornish Brock look scary to me. 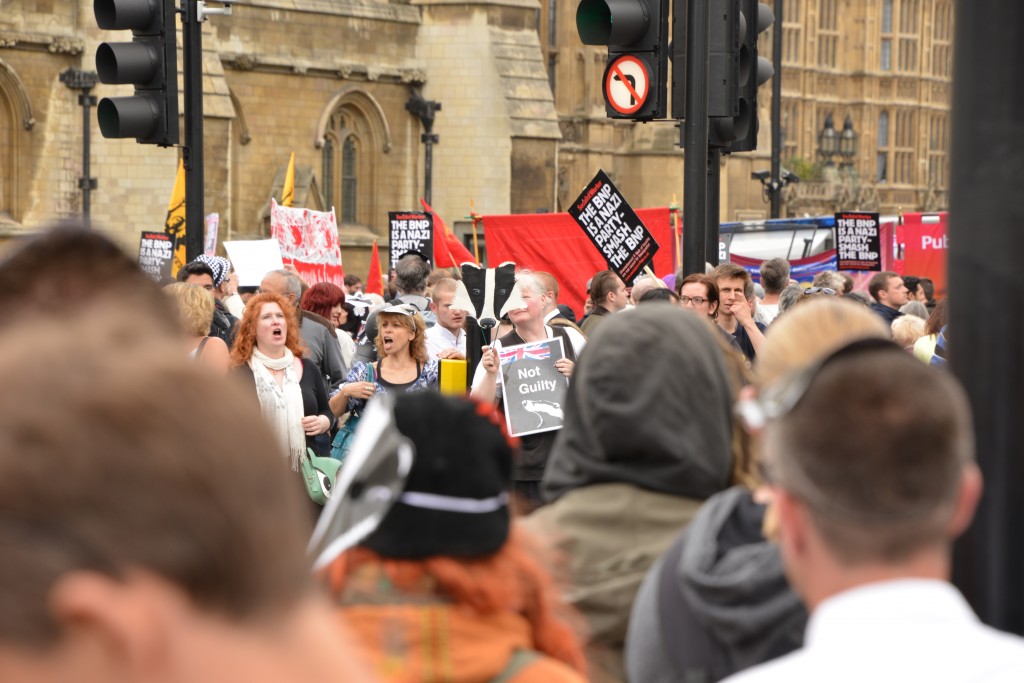 Parliament will vote on the badger cull on June 5th. I met my MP Neil Carmichael as I got off the train in Stroud on the way back from the march on Saturday.  He knows my views make sure that your MP knows yours too.

I am glad that I marched today.  I am sorry that I had to.  Get your MP to vote down the badger cull; we have a strong democracy – lets use! 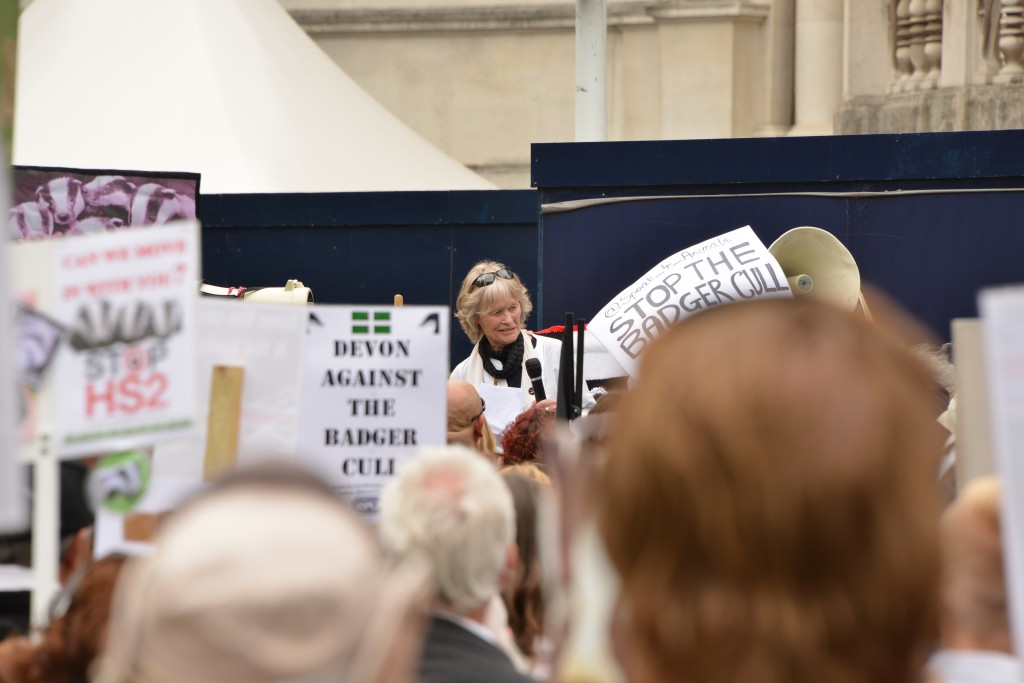 Posted on June 2nd 2013 under Badgers and Bovine TB, Leading For Nature. You can follow any responses to this entry through the RSS 2.0 feed. You can leave a response, or trackback from your own site.