You are here: Home » Blog » Government not in tune with Nature

Government not in tune with Nature 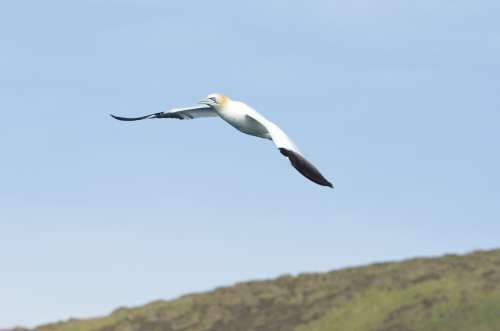 Government is not in tune with Nature

I grew up in Southampton in a working class family with no car, few books and no wildlife mentor.  I discovered the world around me for myself, clambering over rubble heaps looking for lizards or digging for rag worm near Netley shore.  After school on Friday afternoons, when primary school had finished, I might get a magical mystical tour on the back of my Dad’s old motorbike.  One of the exciting spots we often passed was Fareham Creek now considered by Hampshire and Isle of Wight Wildlife Trust to be one of the most important marine areas in England.  Nature conservation on land has moved along hugely since my first bumbling field forays in the 1950s; progress with marine has been desperately slow.  Fareham Creek rMCZ  remains undesignated as a Marine Conservation Zone because, yet again, Government is not in tune with Nature.

The excuses given for this tardy piecemeal implementation of government protection for rMCZs Yarmouth to Cowes and Norris to Ryde stated ‘Although this site has been highlighted by the SNCBs [Statutory Nature Conservation Bodies] as a site at high risk, there is still uncertainty as to whether the advantages are sufficient to justify the socio-economic implications’..   I take this excuse as code for not wishing to annoy the yachting lobby or get in the way of industry or the aggregates fraternity.  Economic activity seems to count more highly than environmental value.

Debbie Tann, CEO of the Hampshire and Isle of Wight Wildlife Trust, expressed strong disappointment in the final paragraph of her letter to Defra minister Richard Benyon

Hampshire and Isle of Wight Wildlife Trust, along with other Wildlife Trusts, charities and individuals have committed enormous amounts of time and money to help the Government make the MCZ stakeholder process work. We have worked within the process and gathered significant amounts of data and evidence to help Defra make informed decisions. Much of this data was gathered with the help of volunteers who gave their time and money to contribute positively to this process, in a time when volunteering is being actively encouraged by the Government. We have costed the meetings at £16,000, the background work at £75,000 and the biological surveys at £500,000. In addition, the 250 days of volunteer time equates to a further cost of £37,500. We are very disappointed that despite being asked by Defra to spend our charitable resources, the information we have provided has not been fully assimilated, and the process has not returned anything like the coherent ecological network of MPAs that we have been promised.

I share this frustration over Defra’s dithering.  Wildlife Trusts have spent half a million pounds by my estimation on staff time in dealing with the MCZ consultation.  The resulting partial designation of only 31 of the original list of 127 Marine Conservation Zones  was described by The Wildlife Trusts as ‘lacking ambition’.

Today, June 12th 2013, The Wildlife Trusts alongside Marine Conservation Society, RSPB  and WWF, will be presenting over 350,000 signatures to No 10 Downing Street, demonstrating public support for Marine Protected Areas and in particular the contribution that designation of a full network of Marine Conservation Zones in English and non-devolved waters will make to the recovery of our marine environment.

The pledges presented to Downing Street today demonstrate crucial support for greater protection of our marine environment. Protection of our seas, one of our most valuable natural resources, is lagging far behind that on land and our seas are far from the productive and healthy environment that they have the potential to be. An ecologically coherent network of sites is vital to help our seas recover to this full potential. We hope that these pledges provide a timely reminder to the Government of their commitments to providing the meaningful protection that our seas are in dire need of. The proposed designation of sites this year should only be the first step towards achieving a fully ecologically coherent network.

Of the 350,000 signatures, 250,000 were collected by The Wildlife Trusts.  This is a huge endorsement by the public for strong protection of England’s amazing inshore waters.  We expect other countries to protect their fauna and flora.  We must do better and show some Leadership for Nature.

Bernard the Gurnard did good in making friends and explaining the reasons that our marine environment should enjoy the sort of safeguards that we have come to expect for the land around us.

The Government must do better in fulfilling its role in respecting public calls for its marine nature to be safeguarded; get in tune with nature.

Posted on June 12th 2013 under Leading For Nature, News & Press. You can follow any responses to this entry through the RSS 2.0 feed. You can leave a response, or trackback from your own site.