You are here: Home » Blog » Philippa Lyons – conductor of an orchestra for nature

Philippa Lyons – conductor of an orchestra for nature

Philippa Lyons joined BBOWT as Head of Marketing and Communications for the Berks, Bucks and Oxon Wildlife Trust (BBOWT) in Sept 1990 before being appointed Chief Executive in 2004.  During her twenty three years at the Trust it has grown from an annual income of c. £270k to c. £5m, from 11,000 to 53,000 members and from 12 to 106 f.t.e. staff.  She describes her role as the conductor of an orchestra “except I don’t stand with my back to the audience”.

Philippa is a Director of WREN, the UKs largest Landfill Community Fund distributor and chairs the WREN Oxfordshire County Panel.   She is also a trustee of Garden Organic and Director of Wildlife Fundraising (Central) Ltd.

Prior to working for the BBOWT, Philippa spent four years working for Oxfam as a Fundraising Manager (1986 – 1990).  Before 1986, she worked as a Lecturer at North Down Technical College for BEd classes (Business Education Council).  She was also seconded to the NHS to teach first line management courses at NHS Training Centres.

Philippa has a BSc in Environmental Science from New University of Ulster and an MBA from Queens University, Belfast. 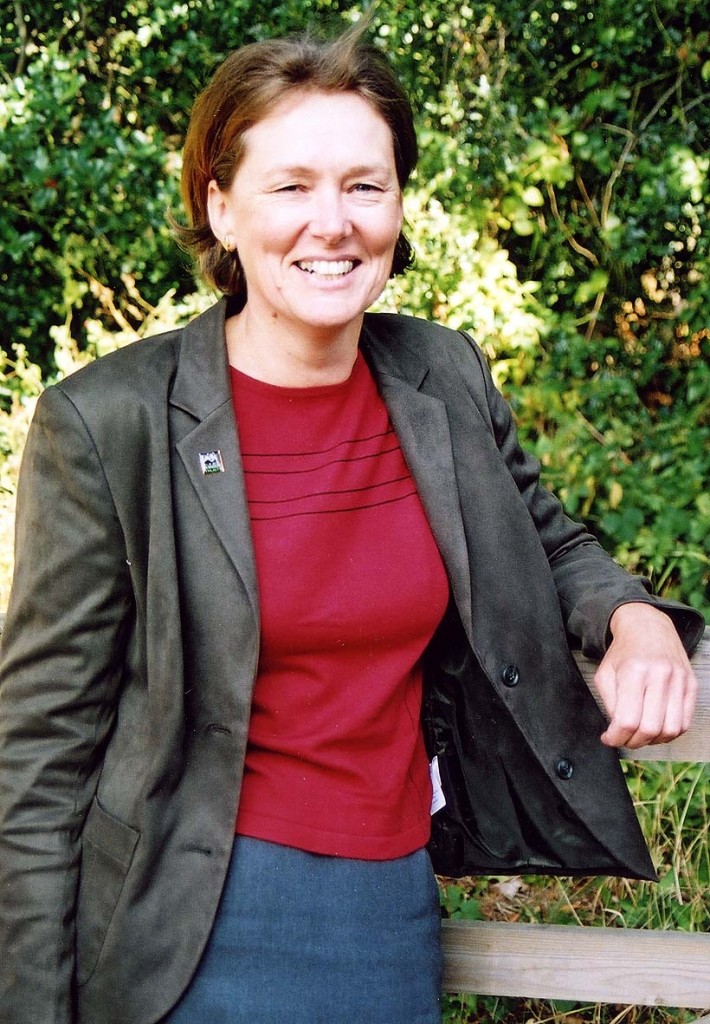 What is your role?

I am retiring later this year.  In preparing a brief for my board to assist its search I described my job as CEO of BBOWT under five main headings:

Why did you take on the role of CEO of BBOWT?

Because I have always loved being immersed in the natural world.  It is where I find real meaning to life, it refreshes my “soul” and give me enormous joy.

Safeguarding the natural world against the ignorance and stupidity of human kind so that future generations may inherit a quality of life that makes it worth living has to be the greatest cause possible in which to be engaged.

What has been your biggest / best achievement?

It is impossible to think of just one thing.

I am immensely proud of the BBOWT team – staff, volunteers, trustees and trainees.  I learn a huge amount from them. I am particularly proud of the fact that 60% of our staff have had a previous role within BBOWT – that means we are developing this extraordinary pool of talent and that staff want to stay within the Trust and they are able to develop their skills and career.

In terms of what we are doing for biodiversity:

Chimney Meadows acquisition was a huge achievement when I first took over as Chief Exec in 2003.

Our monitoring work – computerising all our records on CMS and setting up a 100 strong volunteer species surveying team – has been hugely important in informing the management of our nature reserves and measuring our performance in improving their condition for specific habitats and species.

Our West Berks Living Landscape scheme, working in partnership with West Berks Council, is leading the (near completion) of transfer of some of the most important lowland heathland sites in southern England to BBOWT’s care – Greenham and Crookham Commons, Snelsmore Common, Bucklebury Common, Padworth Common – and will increase BBOWT land holdings by 50%.

What are you planning on next?

I am planning to stay on the Board of Wildlife Fundraising (Central) Ltd which I was involved in setting up and raises memberships for 8 WTs including BBOWT.  We have just reached the first 3000 members recruited in our first 6  months and I want to make sure the company continues to perform for its member Trusts.

I have just joined the Board of Garden Organic – I am passionate about organic growing and have been  an inactive member for as long as I can remember  – but will soon have time to get more involved.

I may also do some very part-time, short contracts (if asked) within the Wildlife Trust partnership.

What advice would you give to someone wanting to do the same?

When I have stepped down from my CEO role I intend to do a bit of travelling, lots of gardening ( I have just bought an extension to my garden which is now  rather large vegetable plot) and spending lots more time with my three grandchildren.

When I asked Philippa for this personal profile I stressed that it was about her and that it offered her an opportunity to talk about herself.  But being a true leader, Philippa has talked more about her team and the work of BBOWT than about her own enormous contribution to fighting for nature across the three counties of Berkshire, Buckinghamshire and Oxfordshire.  Leaders for Nature put their love of the natural world first and their own self-interest a long way back in second place.

Phillipa Lyons has built and conducted a powerful orchestra over the last ten years that will continue celebrate the works of nature for many years to come.  The next phase in her life should give Phillipa time to ‘Enjoy and savour every minute – it all goes by sooner than you think!’

In the meantime BBOWT has a Leader for Nature at the rostrum conducting some great tunes.

Posted on July 26th 2013 under Leader for Nature, News & Press. You can follow any responses to this entry through the RSS 2.0 feed. You can leave a response, or trackback from your own site.