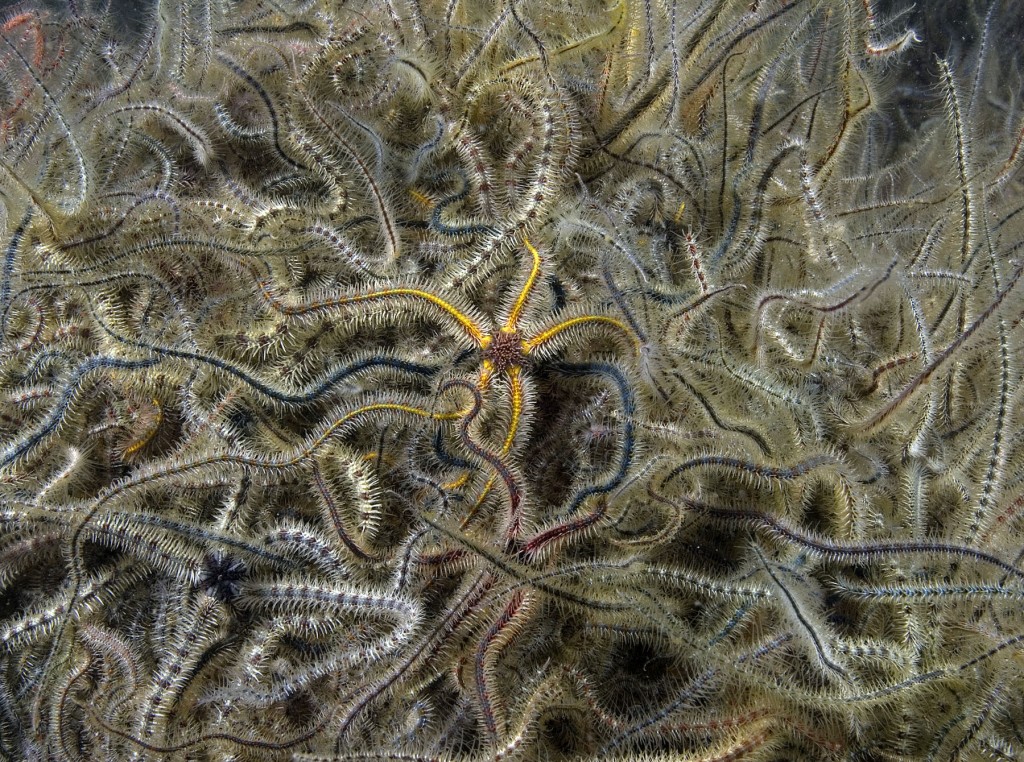 Hollywood may have its ‘Walk of Fame’ but the real stars of the show this summer are to be spotted around the UK coast during The Wildlife Trusts’ National Marine Week (26 Jul – 10 Aug).

A shoal of events is on offer to day-trippers and holidaymakers who want to savour our shores and discover what lies beneath the waves, ranging from rockpool rambles to seaside strolls along the strandline (the high water mark where shells, sea creatures and flotsam are left by the tide).

The Wildlife Trusts’ focus is on five of the 13 starfish species which can be seen around the UK coast; the common, spiny, brittle, bloody Henry starfish and the cushion star.

Throughout the summer, The Wildlife Trusts are asking children to write to the Prime Minister, David Cameron MP, asking him to protect our seas and sea life.  Pupils pledge their support by sending him a paper starfish in a bid to get more special places at sea protected, through the designation of Marine Conservation Zones.  The Government has already chosen 27 and there are now plans to protect a further 37 sites.

Starfish are the most instantly recognisable, and perhaps one of our most mysterious, sea species.  Finding one washed up on the strandline or spotting a starfish in a rockpool is a wildlife memory to treasure.  Once people know more about the wonders we have in our seas, we have no doubt that many more will want to see our marine habitats and wildlife properly protected.

Starfish are a great example of how one species can be absolutely vital to its wider environment.  They help maintain a delicate balance in coastal ecosystems through eating mussels and barnacles which can be prolific.  Starfish may be weird but they are also wonderful!

“National Marine Week is The Wildlife Trusts’ annual celebration of the wonderfully varied wildlife we have in our seas.  We want to inspire people to find more to enjoy, more to learn and more to value in the fantastic marine life around our shores.  We have events taking place around the country – snorkel safaris, rockpool rambles, wild sandcastle competitions and more.”

Throughout National Marine Week and all around our coasts, Wildlife Trust staff and volunteers will be sharing their knowledge.  Every event contributes to a greater understanding of the hugely varied habitats to be found under coastal waters and awareness of the wildlife they support.

Here are five starfish to look out for on trips to the seaside this summer: 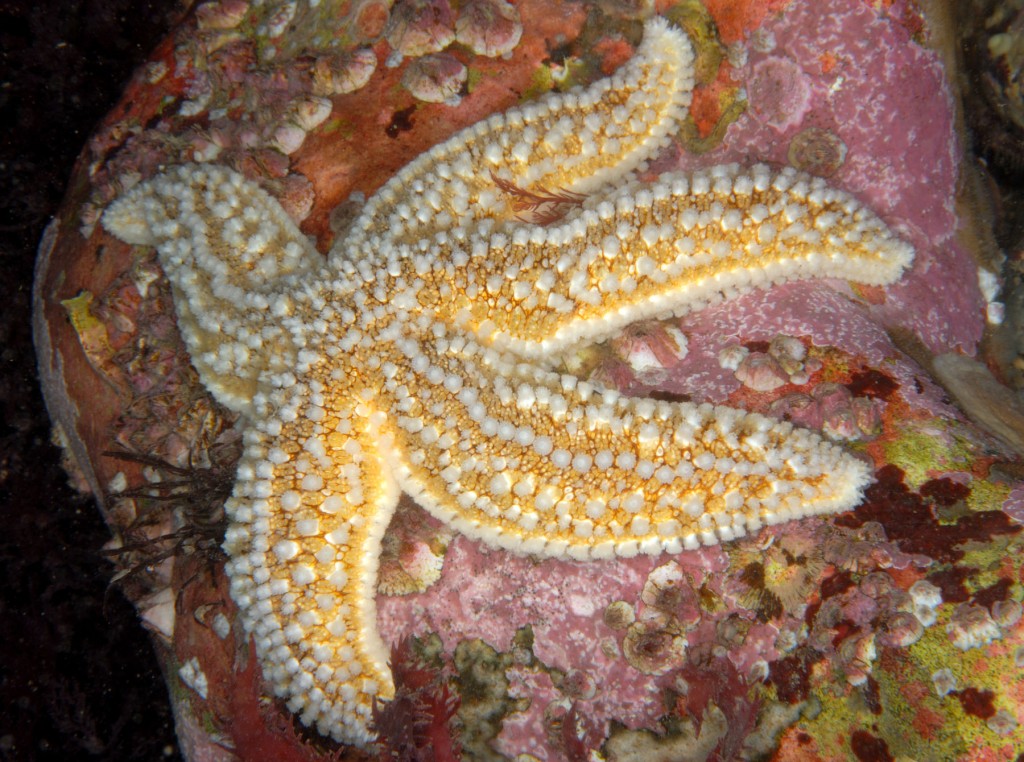 Although the common starfish is usually orange in colour, it can also be brownish or purple.  It is instantly recognisable from its five-armed shape, with some individuals having six arms.  Starfish can regenerate missing arms – in fact they can become whole again from just one arm and part of the central body!  Average size is 20cm across. 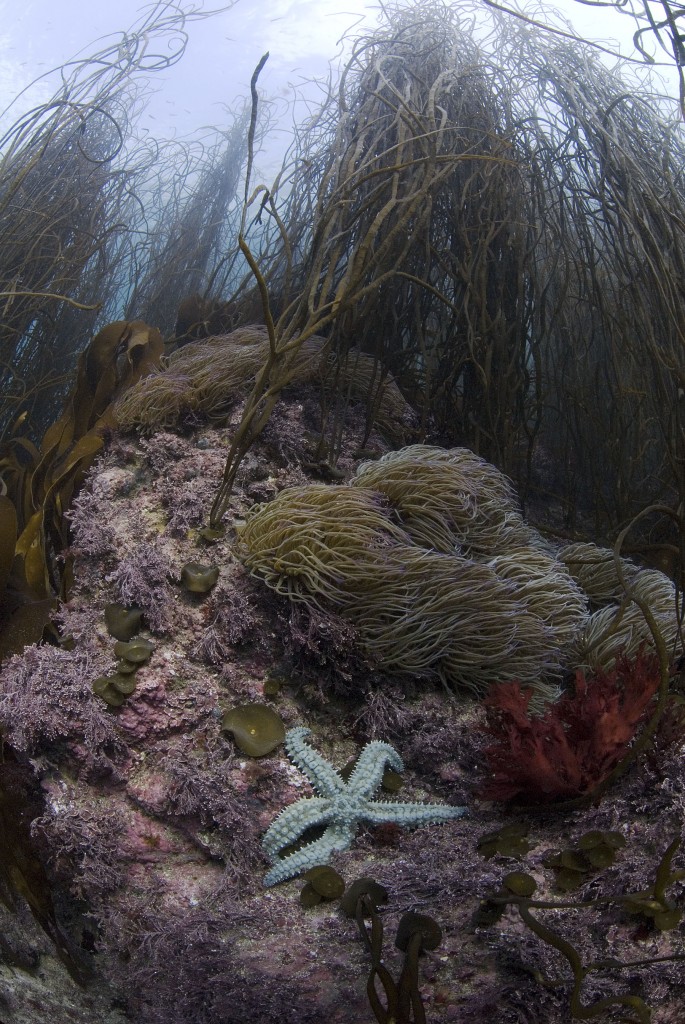 It is covered in three rows of spines on each of their five arms.  Their whitish grey-green colour stands out even more because of the purple tip on each arm.  They can grow up to a huge 80cm across but most are smaller.  Average size is 30cm across. 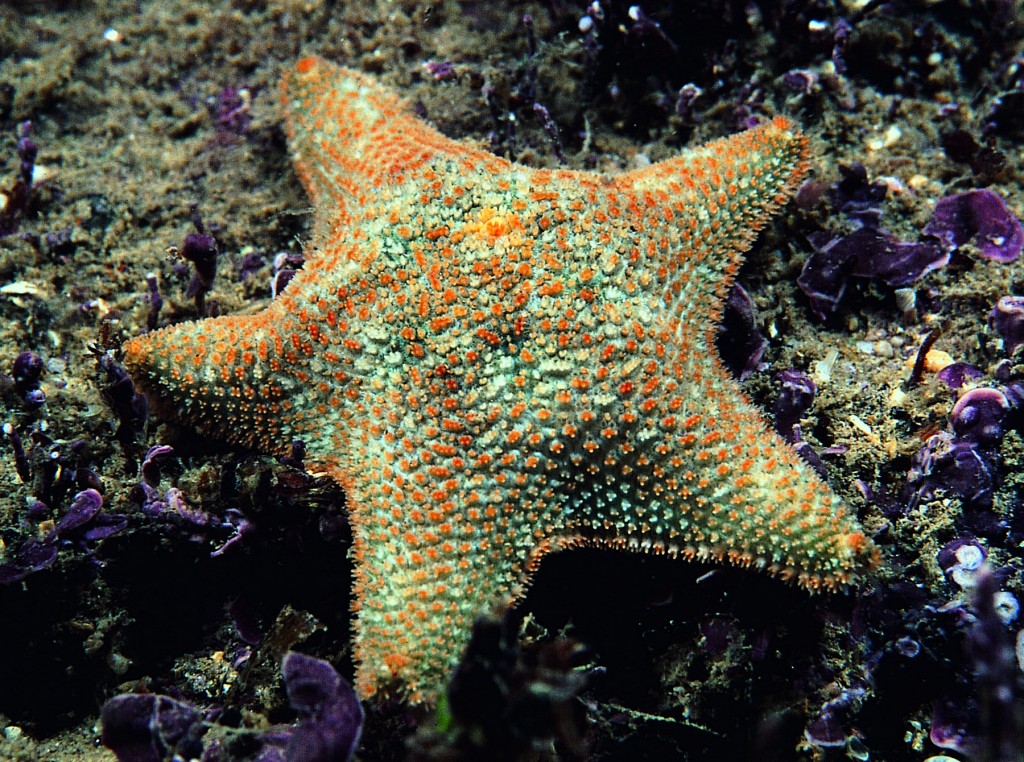 A rockpool regular this cushion star is the smallest UK starfish.  There are three different types of cushion star but this greenish-blue species is the one most likely to be found in Devon.  Average size is 3cm across. 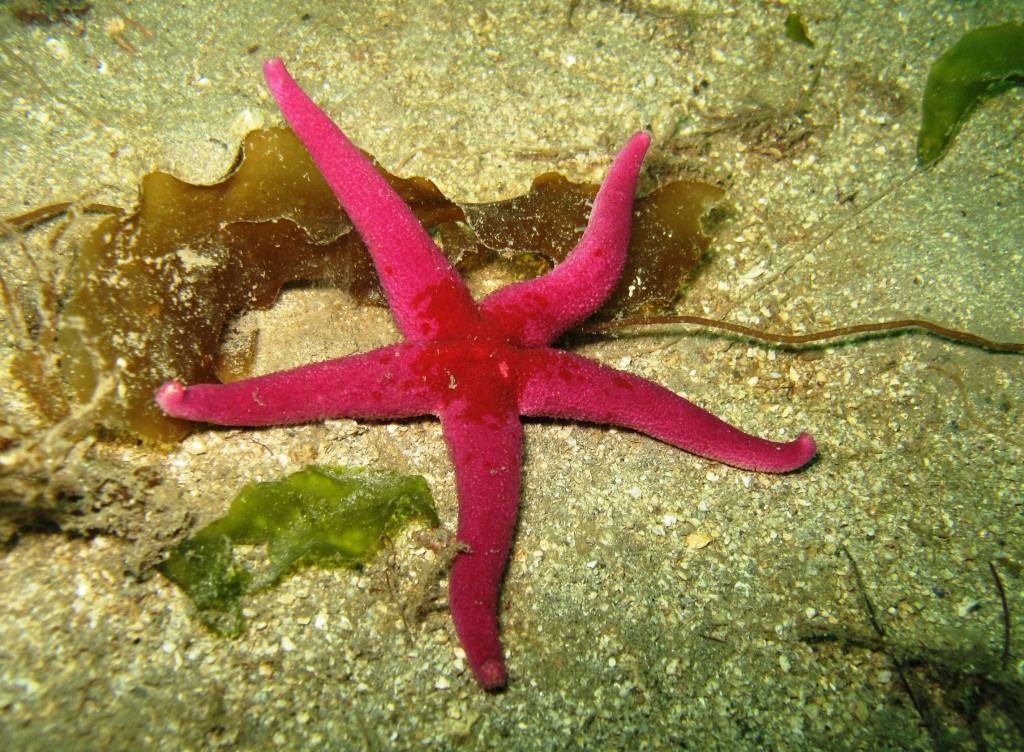 Their deep pinkish-red colour gives the Bloody Henry its name, though they can be purple.  Seen on the very low shore, they live on waves-swept rocky areas of the coast.  Average size is 15 cm across.

Brittle stars or ophiuroids are closely related to starfish.  They crawl across the sea floor using their flexible arms for locomotion.  They generally have five long, slender, whip-like arms which may reach up to 60 cm (24 in) in length.

Posted on July 17th 2014 under News & Press, Scoop.it. You can follow any responses to this entry through the RSS 2.0 feed. You can leave a response, or trackback from your own site.