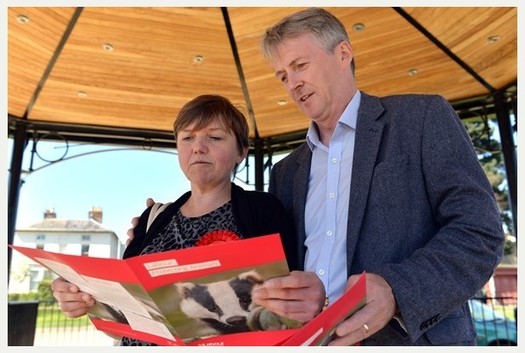 The badger cull in Gloucestershire was a “disaster”, according to shadow farming minister Huw Irranca-Davies. Mr Irranca-Davies visited Gloucester today to speak to people about Labour’s…

Yes a disaster in its conception, execution and total lack of scientific data gathering.

Posted on April 14th 2015 under News & Press. You can follow any responses to this entry through the RSS 2.0 feed. You can leave a response, or trackback from your own site.