You are here: Home » Blog » Stop the Badger Cull 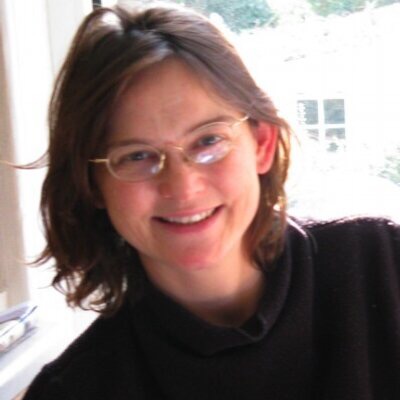 Petition: End the badger cull instead of expanding to new areas

The government responded to this petition when it received 10,000 signatures. Unfortunately, the government’s response was so inaccurate and selective that it appears to represent a deliberate attempt to mislead the public. There are four key inaccuracies in the government respon The response claims that recent experience in Gloucestershire, Somerset, and Dorset has shown that licensed culling “is safe, humane and effective in reducing the number of badgers needed to bring down disease levels in cattle”. This statement conflicts sharply with the available evidence. An Independent Expert Panel (IEP) established by Defra to evaluate the first year of culling concluded that the free shooting approach did not meet their standards for humaneness.

1. When a second year of culling yielded no evidence of improvement, the British Veterinary Association called for free shooting to be abandonned2. Ministers responded by simply stating that “we don’t agree”3. The government’s claim that licensed culling is “humane” is thus not shared by respected authorities on animal welfare.
Likewise, evidence indicates that the culls have not been “effective in reducing the number of badgers”. Defra has repeatedly stated an intention to reduce badger numbers by at least 70%, relative to their pre-cull levels, acknowledging that failing to do so would risk increasing cattle TB rather than reducing it4. The IEP concluded that the first culls fell far short of that aim1. Since then, Defra has reiterated its aim of reducing badger numbers by “at least 70%”, while quietly setting targets with only a slim possibility of achieving this aim5. Defra’s claim that the culls are “effective” is thus not consistent with available evidence.

2. The government’s claims about the outcomes of the Randomised Badger Culling Trial (RBCT) are highly selective. Its response refers to many earlier studies, even though it commissioned the RBCT precisely because these earlier studies were inadequate6. The government’s response indicates that the RBCT “confirmed what the previous exercises had shown”, ignoring the unique (and vitally important) insight of the RBCT, namely, that badger culling can increase cattle TB as well as reducing it7,8. Large-scale RBCT culls reduced cattle TB inside the culled areas, but consistently increased it on adjoining land, and in areas where small-scale culling occurred7,8.
In referring to the RBCT, the government cites a maximum reduction in cattle TB of 54%, which it says occurred “when the full benefits began to appear”. In fact, the 54% figure refers to just 18 months in the middle of a ten-year monitoring period, and only to the areas culled and not adjoining land. When the full monitoring period and affected area are taken into account, the estimated net benefit is 12%4.

3. The government claims that its approach “has successfully eradicated bovine TB in Australia and is working in Ireland and New Zealand”. This statement ignores evidence from Britain itself, which shows patterns fundamentally different from those in the three countries mentioned. The major challenge of reducing cattle TB by culling badgers is that culling disrupts badger social behaviour9 in ways that increase TB transmission between badgers10,11 and from badgers to cattle7,8. There are no badgers in Australia or New Zealand; these countries tackled TB in different wildlife species which do not share badgers’ social behaviour. Although badgers are involved in Ireland’s TB problem, baseline densities are much lower than in Britain7, which may explain why culling consistently reduced badger infection rates in Ireland12, but consistently increased them in Britain10. Given these differences, it is not clear why Defra would prioritise evidence from other countries over evidence from Britain itself.

4.  Defra’s response claims that vaccination “cannot replace culling” because it “does not provide complete protection and… has no impact on infected badgers”. However, while most vaccines have no impact on individuals which are already infected, they have nevertheless controlled multiple diseases. It was vaccination that eradicated smallpox and rinderpest globally, and vaccination that eradicated rabies from mainland Europe after culling had failed to do so13. Vaccination is far more likely than culling to contribute to TB eradication, because vaccination reduces infection rates in badgers14,15, while culling increases them10.

Defra starts its response by stating that “it is essential that we eradicate bovine TB”. Achieving this aim demands eradicating infection in badgers as well as in cattle. Eradicating a disease demands that either the proportion of infected animals, or the area affected, be reduced over time. Yet, as noted above, culling increases the proportion of badgers infected10,11 and spreads the infection both within and beyond the culled land7,16. It is hard to see, therefore, how badger culling can contribute to TB eradication.

Posted on February 3rd 2017 under Badgers and Bovine TB, Leader for Nature, News & Press. You can follow any responses to this entry through the RSS 2.0 feed. You can leave a response, or trackback from your own site.