You are here: Home » Blog » Supporting Leaders for Nature – two weeks in 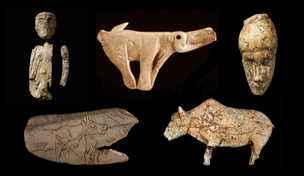 So how is it going – my transition from CEO, the person carrying the weight of an organisation, to supporting Leaders for Nature? Actually it is going pretty well. I am doing the most important thing of all, keeping busy and focused but working at a slightly less frantic pace – Margaret has started to call me Dr Doolittle.

I have signed two leadership development contracts that will help pay future bills. More importantly I have already received two unsought and separately given accolades from my wife and daughter – ‘you seem more like a normal dad’. I thought that I always was but clearly that was not the family view.

In my ‘Ecdysis’ blog I described the three Rs that I was going to do over the next few months and these are going well too.

On my first morning of being ‘released into the wild’ (thank you Katie Jarvis) I met Julie Girling MEP and benefitted from a valuable hour talking about badgers and cattle bTB vaccination, Common Agricultural Policy CAP, eels and bees. Julie has since invited me to attend a very interesting conference on agriculture so this part of my knowledge bank is scheduled for a high level top up.

Bees and pollinators were a new subject for me as I had a very superficial knowledge of the issues. Following a strategy day with Bee Guardians my trip with them to the Parliamentary All Party Agroecology Group meeting at Westminster brought home a horrible truth; the issues are the same ones that I first encountered as a keen green student in 1969. The Difference is that DDT, Organophosphates and the ‘Drins of my student days have been replaced by the subtle but equally deadly impacts of widely used and domestically available Neonicotinoids (or ‘Nics’ in shorthand).

changed the views of a generation; the environment can not be taken for granted. But when I heard from Prof David Coulson that only 4ng of neonicotinoids (four billionths of a gram) can kill half of the honey bees exposed (LD50) I concluded that we have learned very little. Especially when he explained that the neonicotinoid group accumulates in the soil but that not much analysis work had been published.

After the Parliamentary All Party Group I walked 50m along the Committee Rooms ‘Corridor of Power’ to attend the EFRA select committee on Bovine TB vaccination. Two Gloucestershire colleagues, the expert Doctors Wilson and Carter, were in the ‘hot seat’. These two world class scientists were in the most unenviable of positions; being filmed for ParliamentLive TV available to their peers worldwide, being grilled by cross party MPs with different opinions about a badger vaccination and culling and simultaneously being ‘minded’ by civil servants from DEFRA responsible for implementing the Secretary of State’s policies. Despite leading and loaded questions from the MPs Wilson and Carter avoided the cardinal sin of expressing personal opinions about policy, something that public officials are not allowed to do.

Just before the sessions, I had been asked by email to contribute a blog on badger vaccination for a new website dedicated to debunking badger and bTB myths that is due to be launched at the end of February. The EFRA session provided good context and up to date statistics for this and a meeting back in Gloucestershire with the person who has to balance public safety and public good.
So much for Refreshing (what Dennis Healey called the ‘hinterland’) and Redeveloping – what about Repositioning from CEO to supporter? Well that involves some re-institutionalising – literally; in this case the excellent Institute for Ecology and Environmental Management.

I attended the meeting that launched IEEM at the Royal Geographical Society and now it is my turn to help with some of the graft and heavy lifting. Last week I was trained as one of the first cohort of Assessors for the degree accreditation service being launched by IEEM this year.
Tomorrow I will be attending a meeting of the Training, Education and Career Development Committee; not in itself an exciting but absolutely essential work.

IEEM will become fully Chartered later this year. Being an Environmental professional is a career and becoming a Chartered Ecologist will be a professional option. The day that our chartered status is seen by society to be as important as that of Architects, Accountants and Auditors will truly mark a step forward to sustainability. 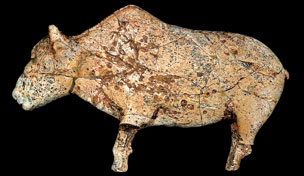 And finally … to show that my ‘normalisation’ is in full flow on my WALK to the IEEM meeting I intend to drop into the amazing Ice Age Art exhibition at the British Museum. After all we are only a recently evolved species with the ability to create and record images of the natural world that we are rapidly expunging. It will be good to celebrate human creativity before moving on to look at the darker side of human ecological impacts.

Posted on February 19th 2013 under Badgers and Bovine TB, Leader for Nature, Leading For Nature. You can follow any responses to this entry through the RSS 2.0 feed. You can leave a response, or trackback from your own site.