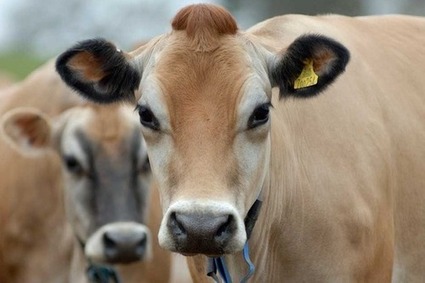 This blog will provide updates on the work carried out across England to tackle TB in cattle, and…

No culled badgers contributed to these results, one Secretary of State was however eliminated.

The most recent bovine TB (bTB) statistics are now online. As of the end of April, more than 4,700 herds across Great Britain were affected by bovine TB, and 11,689 cattle have been slaughtered due to the disease.   The charts and tables in this statistical release illustrate how the trend in bTB incidence has changed since 1996. While it’s important to note that short term changes in these statistics should be considered in the context of long term trends, the monthly incidence rate for April is 3.0%. This is the lowest single monthly incidence rate since 2003 and the third consecutive month in which a decrease in the short-term incidence rate has been observed.

“These latest statistics show that our comprehensive bovine TB eradication strategy is beginning to have a positive effect in bringing this devastating disease under control.

“However bovine TB continues to be a major issue for farmers across England. That is why we are using all the tools we have available to tackle the disease, including a new funding scheme to encourage vaccination of badgers in the ‘edge area’ to help prevent bovine TB taking hold there.”

The most recent bovine TB statistics can be viewed here.

Posted on July 19th 2014 under Scoop.it. You can follow any responses to this entry through the RSS 2.0 feed. You can leave a response, or trackback from your own site.