You are here: Home » Testimonials

Gordon has both dedication to the cause of the natural environment and sustained drive even when the world often feels as if it will never listen. He has led national work on our development strategy and on the very complex and difficult issue of avoiding the wrong response to the control of bovine TB. He has focused on ensuring he gives recognition to people he values. Perhaps most of all Gordon possesses one vital characteristic: fearlessness. Without this it is impossible to lead change.”

I had regular contact with Gordon while he was with the Wildlife Trust.  He was an invaluable source of good, well-researched advice, combining a complete grasp of detail and technicality with a genuine and infectious passion for the natural world. He is always courteous with me as an MP and policymaker but he never lets me off the hook either!” 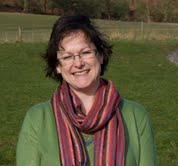 Every minute spent with Gordon has been inspirational, both as his direct reportee for nine years when he supported my personal development, and then as my personal coach in my current CEO position. He is a natural leader and has helped me enormously to understand and deal with the complex world we now work in.”

I have had the pleasure of working with Gordon for the last 20 years and his environmental knowledge is without question however Gordon’s greatest strength is being able to deal with the various sensitive issues in a very pragmatic way with an empathy for all parties dealing with environmental issues.  Whilst Gordon’s move from the Wildlife Trust will be a big loss to that movement I am certain he will make a tremendous success of his new venture.”

“I have known and worked with Gordon McGlone for about 10 years (he was a trustee of the Gloucestershire Environmental Trust, which I chaired at the time) and known of his work in Gloucestershire for many more.  Gordon’s achievements in building a really effective voice for nature in the county, in developing the county nature reserve network and in reaching out to communities means that the Gloucestershire Wildlife Trust has achieved a prominent position in local life and affected the lives of thousands of people for the better. The trust was a tiny, amateur body when he came on the scene a third of a century ago; it is now a big player and widely known for its effective work. These things don’t happen without vision and the leadership qualities to realise that vision. Gordon has brought those qualities to the job of CEO over many years – thereby leading a team that has saved wildlife, transformed the prospects for conservation and touched the lives of both children and adults in the county.

Gordon’s contribution has not been confined to the county of Gloucestershire. He has also been a key player in the national family of Wildlife Trusts, helping other trusts to attain the high standards he set for his own. The fact that he led a trust that is widely recognised as among the most successful, ensures that his contributions on the national stage are listened to.

He has now taken the brave decision to step down from the trust’s chief officer post but he has the capacity, the knowledge and the personality to contribute far more to nature conservation in the county, and beyond.”

“Thank you for believing in me, for putting so much time and patience into my development and for giving me the confidence to believe in myself. I will miss your crazy jumpers, rubbish jokes about hippos and randomness.”