The ocean gives us $24trillion – and we take, take, take 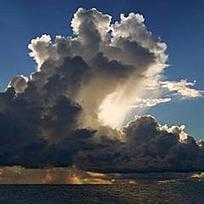 If you had a savings account that yielded a 10 per cent return, you’d presumably keep adding to that account as much as you could. Our oceans are worth a staggering $24 trillion, yielding a huge $2.5 trillion a year in goods and services, according to our new report published today – and that’s a conservative estimate. Yet we are not restoring or protecting them nearly enough. Put another way, we’re not investing in the growth and security of this asset.

The wrecking of the oceans is a global scale slow motion train crash.  The inevitability of system collapse is inevitable at this rate of human marine pillage.

The UK can not hold its head high in this matter, the Whitehall government claims marine conservation success but overlooks the shambles of the Marine Conservation Zone  initiative.

Posted on April 23rd 2015 under News & Press. You can follow any responses to this entry through the RSS 2.0 feed. You can leave a response, or trackback from your own site.