You are here: Home » Blog » Vets, the badger cull and badger BCG vaccination

I recently met with the current President of the British Veterinary Association, Peter Jones, and its Past President, Carl Padgett (who is also a member of the Bovine TB Eradication Group for England (TBEAG)   We discussed the badger cull and badger BCG vaccination.

The focus of the meeting was to discuss the potential for BadgerBCG deployment as a contribution to bovine TB management in England.  Badger vaccination is already underway as part of the Welsh Assembly government’s bTB management programme.  We agreed that badger vaccination had a role in disease management although the scope and ambition for deployment is significantly different between the BVA and its lead proponents, The Wildlife Trusts.  Thirteen Trusts are currently deploying badger vaccination or are preparing for future programmes. 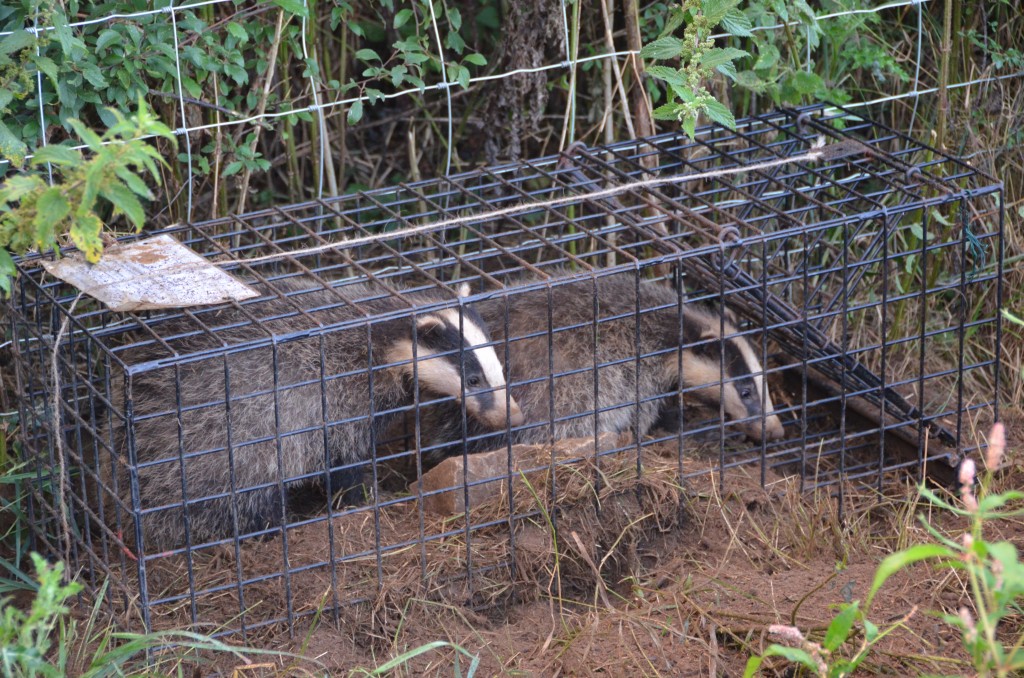 The Wildlife Trusts, in line with many other significant wildlife conservation and animal welfare organisations oppose the badger cull.

The British Veterinary Association, despite concerns that badgers will suffer wounding and that the humaneness of shooting free-running badgers is not knowable, has shown support for a badger cull in England in public statements on its web site.   However, as this letter to the Editor of Vetsonline  reveals, this is not in line with the the full BVA membership, and in the words of the letter’s signatories it is:- “not representative of majority scientific or veterinary opinion”.

The letter, signed by 16 vets makes a strong case for the BVA to change its stance:-

Formulation of BVA policy rarely involves the canvassing of its full membership, but rather is achieved through consultation with appropriate specialist divisions. However, policy affecting the welfare of large numbers of badgers that will be subject to controversial control methods should not be confined to those vets who have a vested interest in the dairy or beef industries affected by bTB. The public and the Government look to the veterinary profession to provide guidance and leadership on issues concerning animal welfare and the BVA, rightly or wrongly, is regarded by many members of the public and by government as the voice of the veterinary profession. Given the level of public and esteemed scientific concern generated by this issue, it is surely incumbent on the BVA to ensure its policy reflects the uncertainties surrounding the impacts of culling, particularly in respect to the welfare of affected badgers and their communities.

In BVA in its own words “exists to represent the veterinary profession and support members to fulfil their roles for the benefit of animals and the public good.  The BVA values are our guiding principles.  They are timeless and are embedded in all we do:-

The views and opinions of members of the veterinary profession are held in high regard by the public, not just their customers.  Professor John Bourne, author of FINAL REPORT OF THE INDEPENDENT SCIENTIFIC GROUP ON CATTLE TB  is a vet and in his opinion.

“First, while badgers are clearly a source of cattle TB, careful evaluation of our own and others’ data indicates that badger culling can make no meaningful contribution to cattle TB control in Britain. Indeed, some policies under consideration are likely to make matters worse rather than better.”

The British Veterinary Association, as a trade association and not a learned society, exists to represent the views of its members. In this case it is far from clear that it is fulfilling that mandate.

The badger cull is contentious and whilst highly professional and respected bodies like the BVA fail to “work with individual members and our divisions to speak with one voice”  the problem will not be resolved.

As the letter’s authors make very plain “Until more is known about the protocol for assessing “humaneness”, the BVA should withdraw its support for the Government’s policy forthwith, and, at the very least, canvass its full membership before reconsidering its position.”

Posted on May 28th 2013 under Badgers and Bovine TB, Leading For Nature, News & Press. You can follow any responses to this entry through the RSS 2.0 feed. You can leave a response, or trackback from your own site.