You are here: Home » Blog » We can tackle bovine TB without a cull – Labour

We can tackle bovine TB without a cull – Labour 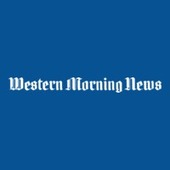 Labour accepts the need to tackle bovine TB in wildlife, but continues to rule out a badger cull, Shadow Farming Minister Huw Irranca-Davies told the CLA Game Fair yesterday.
Sharing a panel with…

Sharing a panel with Farming Minister and Conservative MP for Camborne and Redruth George Eustice, Mr Irranca-Davies said Labour had spent 10 years in Government and £50 million killing badgers and it ‘hadn’t worked.’

Posted on July 19th 2014 under Scoop.it. You can follow any responses to this entry through the RSS 2.0 feed. You can leave a response, or trackback from your own site.